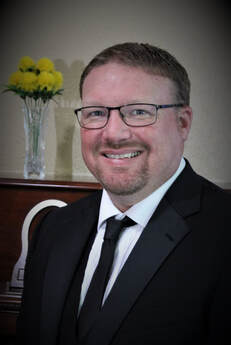 Nathan Cornelius
DIRECTOR OF VOCAL MUSIC
Nathan Cornelius is a native of eastern Iowa. Mr. Cornelius holds an Associate of Arts degree from Waldorf College in Iowa, a Bachelor of Music Education from Augsburg College Minnesota, and a Master of Music in Choral Conducting from Missouri State University in Springfield, Mo. Mr. Cornelius is in his 22nd year of teaching and his fifteenth year at Kickapoo High School. Prior to Kickapoo Mr. Cornelius spent six years as Vocal Director at Reed Middle School in Springfield and one year in Minnesota.
Mr. Cornelius is a member of NAfME, ACDA, MMEA, MCDA, and NEA and has served as Vocal Vice President of South Central District of the MMEA for 4 years.  Mr. Cornelius has been awarded Springfield Teacher of the Month April 2006 and MCDA Outstanding South Central Choral Director in 2013. Mr. Cornelius has held the office of Vocal Vice President office for South Central Missouri Music Educators for four years and is the Springfield Public Schools Curriculum Development Coordinator for Secondary Vocal Music.
While at Kickapoo his choirs have received consistent I ratings at state and regional competitions including the Sweepstakes award at the Music in the Parks Choral Festival in 2008 in Kansas City; a I+ rating and first place finish for the Kickapoo Chamber Choir at the Worlds of Fun Choral Festival in 2009; straight I ratings for all choirs and best overall choir at the 2015 Music in the Parks Choral festival in Kansas City.
The Kickapoo Chamber Choir has received top honors at festivals in  St. Louis Missouri in 2009, Kansas City Missouri 2009, Breckenridge Colorado in 2010, San Antonio Texas in 2011, Chicago Illinois in 2012, Winter Park Colorado in 2013, Atlanta Georgia in 2014, Orlando Florida in 2015, and Dallas Texas in 2016, Chicago Illinois 2017, Winter Park Colorado 2018, and Nashville Tennessee in 2019. The Chamber Choir keeps a very busy performance schedule throughout the school year.
The Bel Canto Female Chorus received the best overall choir at Music in the Parks in Kansas City Missouri in 2015 and the Chamber Choir received the same award in St. Louis Missouri in 2016.
The Bel Canto Female chorus was chosen to perform at the Missouri Music Educators convention January 29th 2016 at the Tan Tar A resort in Osage Beach Missouri.
In July of 2017 the Choir sang in the Cathedral of St. Francis of Assisi in Assisi Italy and St. Peter's Basilica in the Vatican, Rome, by special invitation to the Cathedrals of Italy Festival. In 2019 the Kickapoo Choir performed at the Limerick Sings festival at Limerick University in Limerick Ireland and at Christ Church Cathedral in Dublin Ireland.
Mr. Cornelius is also the director of the College of the Ozarks Chorale, the auditioned vocal ensemble at College of the Ozarks, and serves as the Artistic Director of The Messiah Project, a non-profit Christian arts group in Springfield.
​   Nathan lives in Springfield with his wife Kristin and three sons; Elijah, Jayden, and Ryan. 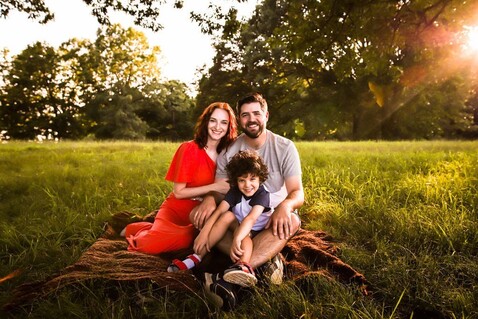 Mr. Payne graduated from the University of Arkansas in 2014 with a Bachelor of Music in Music Education and Composition.  After teaching for one year in Oklahoma, he and his wife moved to Springfield shortly before the birth of their son, Conley.  He taught for two years in Avilla, MO, while also being a marching tech for Kickapoo HS.  In 2018, Mr. Payne joined Hollister Schools as their Assistant Band Director and Guitar Instructor, and taught there for three years before joining us at Kickapoo as the Associate Director of Bands and Choirs!
His hobbies include playing with his 5 year old son, Conley, and hanging out with his wife, Bre.  They also enjoy a good movie (especially a Marvel movie) and make plenty of music in their home as well.
​ 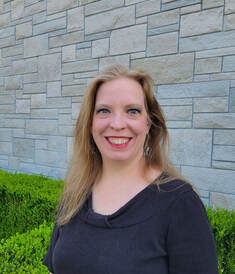 Dr. Heather Nelson, mezzo soprano, loves all the things that have to do with the singing voice and telling other voice teachers about all the neat things she learns. Based in Springfield, MO, she works with voice teachers from all over the world to understand the voice better, and use that knowledge to make a positive difference in their studios. As a singer, she has performed with the Kansas City Chorale, Missouri Choral Artists, and the Ozarks Lyric Opera, and toured internationally to Austria and Mongolia with the Messiah Project. She completed her doctorate at the University of Kansas, studying vocal pedagogy and voice science, focusing on working with the unique needs of singers who have had vocal injuries. She enjoys cooking (and eating) good food, British TV, and spending time with Sis the cat. Find more information at www.drheathernelson.com. Dr. Nelson will be working with students in the Concert and Chamber Choirs on solo literature for honor choir auditions, solo contests, and college auditions. We are excited to have her working in our vocal department and the wonderful things our students will learn from her this year! 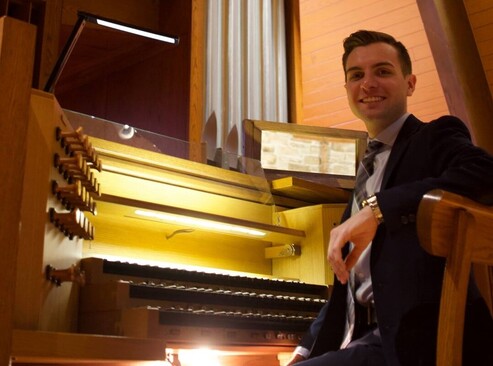 
Mr. Hayden Vaughn is a student at Drury University, pursuing a music degree in organ and studying with Dr. Earline Moulder. At Drury University, he also serves the roles of associate organist and accompanist and is a member of Drury Singers, Drury Chamber Choir, and Drury Chorale. He started playing organ in church when he was 12 years old and since has served several churches as a music director and organist. Mr. Vaughn is currently the organist at King's Way United Methodist Church and Sub Dean of the Springfield Chapter of the American Guild of Organists. He has worked as a collaborative organist with Missouri State University and is one of four organists in the United States selected to participate in the Summer Directors Course at the Washington National Cathedral. Mr. Vaughn has been an accompanist at several school districts and has a great passion for working with choirs. He is very excited to be at Kickapoo and looks forward to working with our choirs this year!
Proudly powered by Weebly